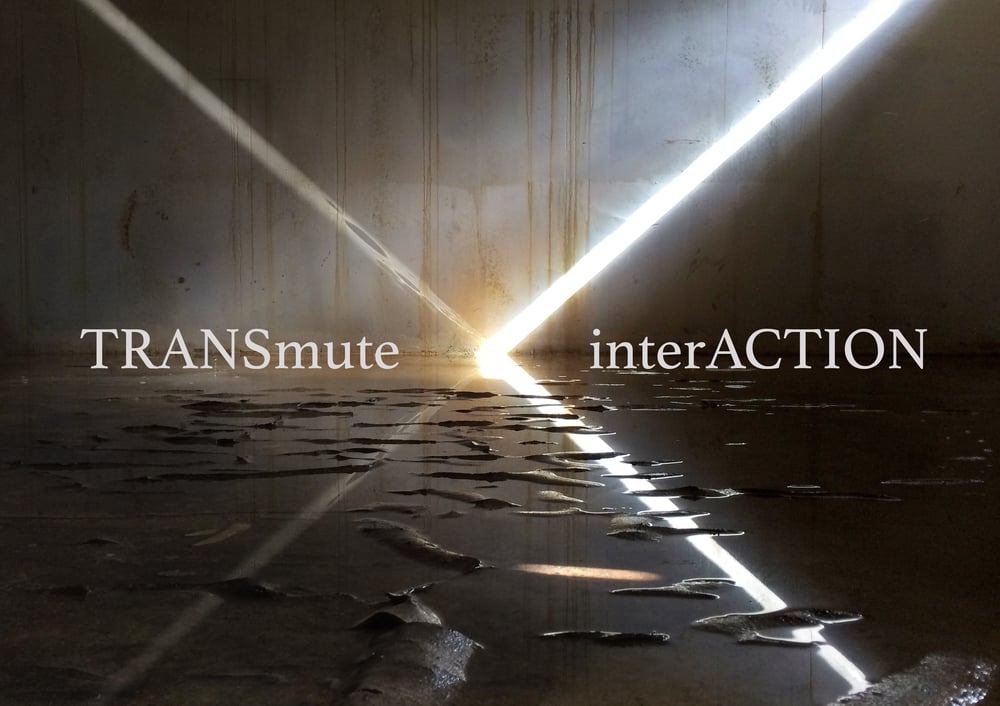 A project of Gijs Verhoofstad and Max Kuiper with the cooperation of Floris van Rijswijk.

On the Cdr a 72 minutes soundwork that can be seen as a poetic document of the event 'TRANSmute\interACTION', that took place on 27 and 28 august 2016 in the abandoned 'Transmute24' building, located on the former military base 'Buitenplaats Koningsweg' in Arnhem , The Netherlands.

The building was a sleeping-quarter for soldiers and consists of 39 rooms.
'Transmute24' is waiting to be demolished, meanwhile it transforms back to nature. In october 2014 artist BiOP got permission to use the building for site-specific artworks. He has invites several artists to respond on the transformation that currently takes place.

Two of the artists, Gijs Verhoofstad and Max Kuiper, have been invited to collaborate with 'Tranzitdisplay', a artist collective from Prague, as part of the Code Rood event 'Moving Images', a project initiated by the Indonesian curatorgroup Ruangrupa, responsible for the Sonsbeek '16 exhibition.
Tranzitdisplay has worked with several artists on moviescenes, on a number of locations of the 'Buitenplaats Koningsweg'.
During 'Moving Images', visitors can take a cinematic walk along this locations - and all movies will be shown on a large screen.
As for Transmute24, during the walk on this location, the building will communicate several signals from visible or hidden worlds. Visitors will use a device that can bring these signals to life.
While Tranzitdisplay have constructed the 9 minute film, Gijs Verhoofstad and Max Kuiper have designed the soundtrack, using sounds of the installation.
This Cdr is a extended version of both soundtrack and soundwalk.

The main sources of the soundwork are a) a collection of fieldrecordings that the artists made in the building and b) previous soundinstallations and performances. Several artists have gave permission to use their soundmaterial for this project. We would like to thanks: Floris van Rijswijk, for technical assistance and the composition of one of the elements of the installation, curator\artist BiOP, Anja Kreysing and Helmut Buntjer of 'this honourable fish' (Germany), Ill Omen and HPBK of WetWetWetWet, visitor Knut Wentink, soundartist Jacob DeRaadt, visual artist Ibrahim R. Ineke, the visitors who produced sounds with an interactive installation in Transmute24.

On Bandcamp, a number of these soundworks will be uploaded in complete form, with detailed information:
leshorriblestravailleurs.bandcamp.com/album/transmute-interaction

Other participating artists in Transmute24:

The photos in the book are made by BiOP, Gijs Verhoofstad and Max Kuiper.